Does Scotland Have a New Side Capable of Dethroning Celtic?
Skip to content 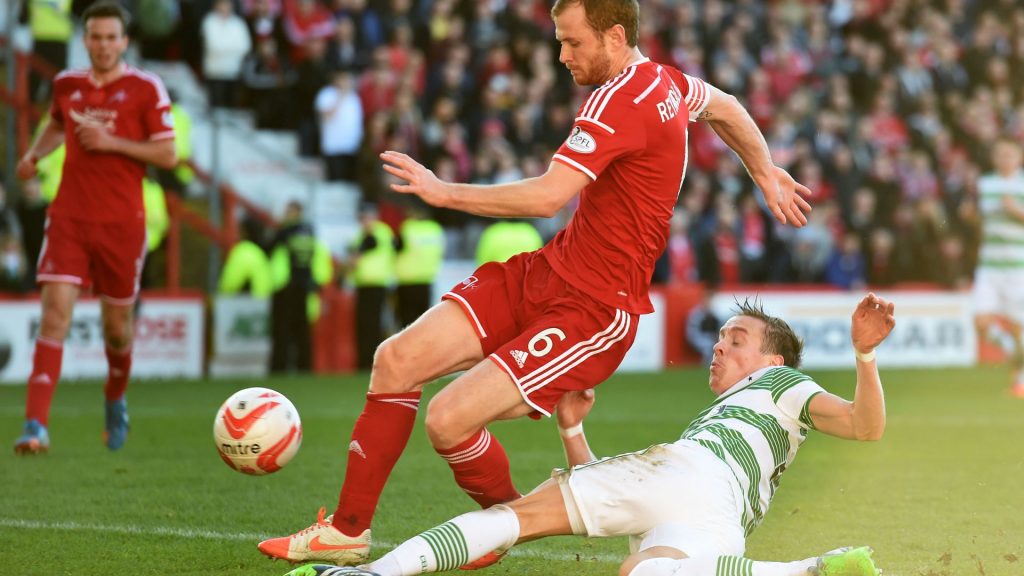 The top flight in Scotland is largely frowned upon by the UK let alone other countries around Europe. Celtic and Rangers have won the highest tier in Scotland since the 1985-1986 season which has been evident proof of their dominance. Rangers were demoted to the Scottish League 2 in 2012 due to liquidation which pretty much sealed Celtic’s fate as being crowned Premiership champions until Rangers returned to the top tier but the 2014/2015 season has seen a new rise.

Aberdeen were the last side to win the Scottish Premiership before Rangers and Celtic under the management of Sir Alex Ferguson. His departure struck the club hard and they’ve never been able to replicate the results of the 80’s which saw them win 3 Scottish League titles (1980, 1984, 1985), 4 Scottish Cups (1982, 1983, 1984, 1986) and the European Cup Winners Cup for the first time in their history. They’ve been out of Europe’s most prestigious competition for almost 30 years and have struggled in the Europa League/UEFA Cup.

As it stands, Aberdeen are occupying first place in the Premiership but 5 points separate the top 5 clubs. In all truth, Aberdeen have taken advantage of the struggles occurring at Celtic. Neil Lennon’s departure from the club at the end of last season dealt them a massive blow and they decided to appoint a foreign manager in Ronny Deila who has found life tough at Scotland’s biggest club.

Their previous 7 Premiership games has also brought maximum points for Derek McInnes, staggeringly conceding 0 goals in the process. Taking 21 points from a possible 21 in the league has seen Aberdeen head into the New Year topping the table. It is the first time that neither Rangers or Celtic have been leading at the start of the year when Hearts lead in 1992.. Much has been made of Real Madrid’s recent run which they were on course to break the world record of wins in a row but their loss has signalled the end of that. Aberdeen are currently the 4th highest in the world of consecutive wins behind only Santiago Wanderers (10) of Chile, Hibernians (9) of Malta and Bayern Munich (8) of Germany. However, in terms of clean sheets Aberdeen are ahead of anyone with 7 in a row.

It is their defensive displays which have largely contributed to their success this year. Derek McIness has worked tirelessly with his defensive coaches on what he expects and it has paid dividends. Goalkeeper Scott Brown has virtually seen the same back 4 in front of him for the majority of the season with Shay Logan, Mark Reynolds, Ashton Taylor and Andrew Considine. Having the consistency of playing alongside each other week in week out can only benefit their understanding of one another’s game and McIness rarely disrupts the defence unless injury strikes.

The confidence of the players in front of the defensive third must be huge if they can push forward and be able to rely on their defence snuffing out counter attacks and not being punished on the break.

Derek McIness was staring at football abyss as he was sacked as manager of Bristol City this time two years ago and was appointed manager of Aberdeen shortly after in March 2013. The worry for their players and fans now will be that the English Premiership merry go-round could link him with a move back to England to manage. Neil Lennon is now at Bolton and Hamilton Academicals boss, Alex Neal is widely speculated to be taking over at Norwich City. But McIness has expressed his desire to stay at the club and finish what he deems as ‘unfinished business’.

The chairman, Stewart Milne, were also pleased to announce last month that the club is debt free for the first time in two decades. The prize money from winning the European Cup Winners Cup and European Super Cup back in the 80’s eventually drained out and the club has relied on selling players to keep finances at some sustainability. In past years players such as Chris Maguire and Charlie Mulgrew have been moved on to keep the money side of the club balanced. Now they’ll be hoping to keep the current group of squad to gain some longevity whilst also adding 1 or 2 new faces to improve what they’ve already got.

Adam Rooney can also take some credit for Aberdeen’s rise with 19 goals in 27 games this season. His latest double came in the 2-0 win over Motherwell and the Irish centre forward has been a big part of their success since signing in the 2014 January transfer window. He scored the decisive penalty in the 2014 Scottish League Cup Final against his former club Inverness, to clinch Aberdeen’s first trophy in 19 years. He recently signed a contract extending his stay at the club till the summer of 2018 and his commitment to the club emphasises the belief amongst the players which has many wondering whether Aberdeen can really dethrone Celtic off the top.

Tue Mar 30 , 2021
Danny Welbeck came through the ranks at Manchester United under the guidance of Sir Alex Ferguson. So, it would be fair to assume that the 23-year-old was special just like the crop of stars like David Beckham, Wayne Rooney, and Paul Scholes who had preceded him. Welbeck, though, failed to […]