The football money league is an analysis of the top football clubs financial performance which then leads to a ranking of those clubs based on their revenues generated. 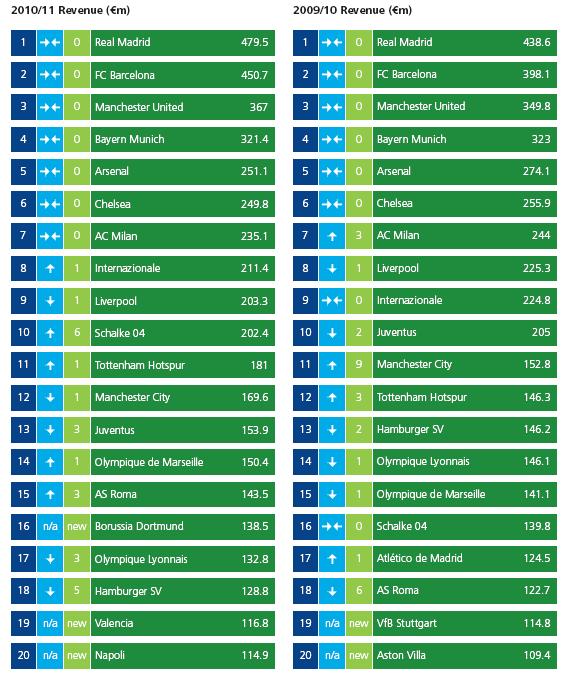 As we can clearly see, Real and Barca are so far ahead of everyone else; there’s an €84m gap between second placed Barca and third placed Manchester United. Some people say that this gap is caused by the unequal distribution of broadcast revenues in La Liga. The Deloitte report stated that even if the distribution of broadcasting revenues was more equal, the two club’s dominance at the top of the Football Money League wouldn’t be challenged.

Here are the revenue sources of Real, Barca and Manchester United: 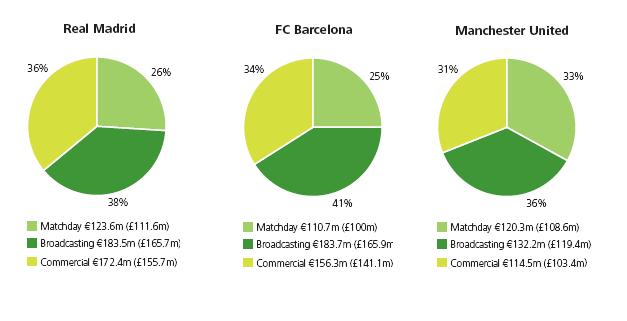 Here are the TV revenues in the Premier League and La Liga: 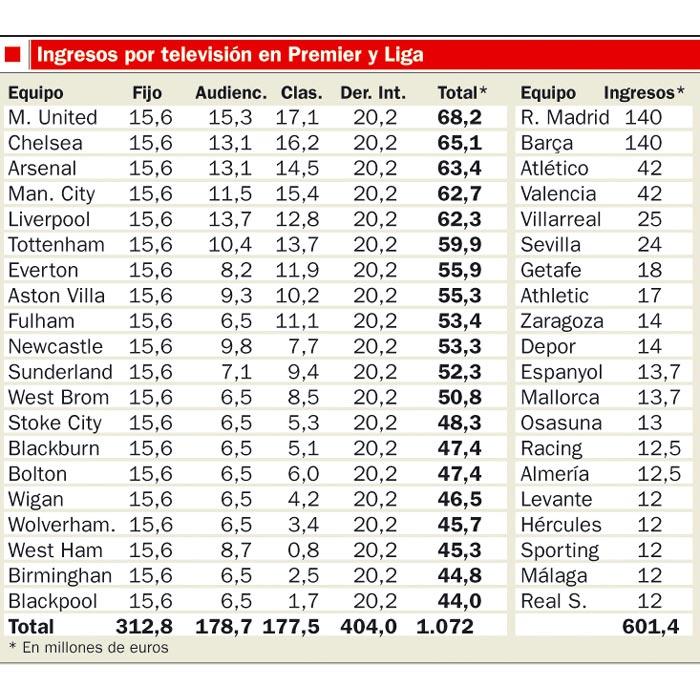 Real Madrid and Barca earn a guaranteed €140m per season, while the top club in the Premier League earns a measly €68.2m; a difference of €71.8m. This is due to the fact that La Liga clubs sell their rights on a team-by-team basis, rather than in a collective bargaining deal like the Premier League. The €84m gap between the second and third place would be closed down to €12.2m if the Spanish giants were to get as much as Premier League clubs in TV revenues.

We can conclude that Real Madrid and Barcelona’s position wouldn’t be challenged at the top of the money league; however, the competition would be a lot more intense. Even though broadcasting revenues constitute a big chunk of their income, we can’t deny the fact that both clubs know how to make money. Their commercial and matchday revenues are huge. Their reputation and name in the football world precedes them.

The real sad part of all this is that Valencia, a top Spanish club, got less money than Blackpool, a bottom-of-the-league team that got relegated to the English Championship. Something should be done about this to increase equality among all Spanish clubs.

Tue Mar 30 , 2021
In the city where Shakespeare set his famous play, Romeo and Juliet, there was little romance in the Rossoneri’s performance as Max Allegri’s Milan began their league campaign just as they had done last season, with a loss. Andrea Mandorlini’s Hellas Verona side were making a return to Serie A after […]