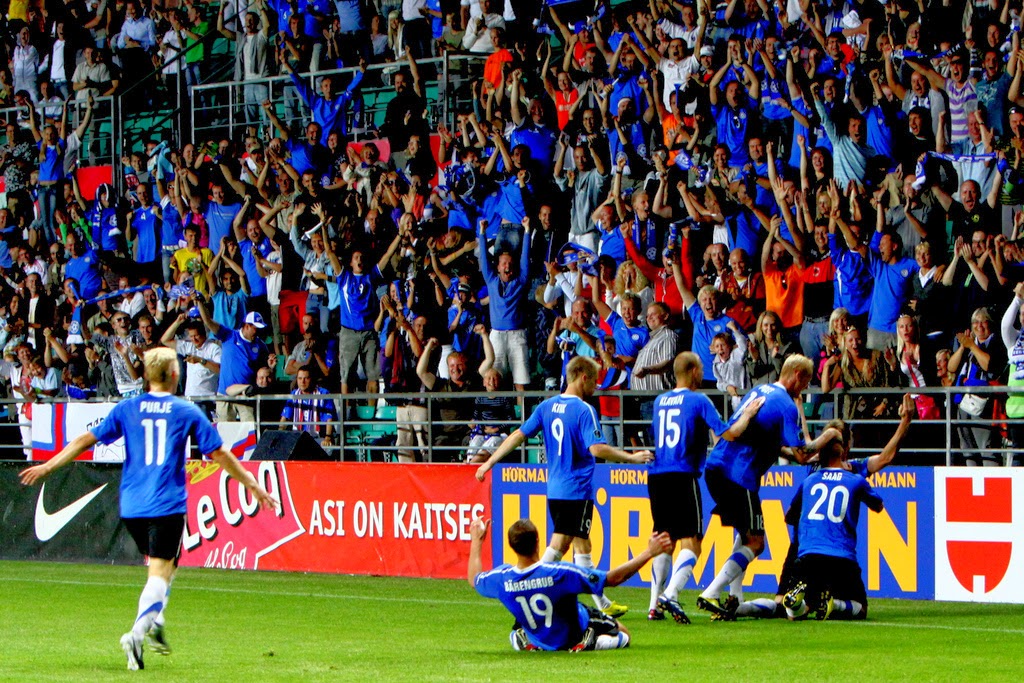 On Tuesday, history will be made in European football by one of its smallest nations.

On Tuesday evening, France will play Estonia in their final warm-up for their EURO 2012 campaign. It will be the last opportunity for Laurent Blanc to try a few fringe players out, or maybe try a different formation, or to give his starting side for the EURO’s more experience of playing together, before their EURO opener against England six days later.

This game will probably mean far more to Estonia however, as once they’ve played France, they will make history by becoming the first team to have played each of the nations currently in UEFA.

Estonia is a small nation of about 1.3m people nestled on the Baltic Sea, which lies to the west of Russia and due south of Finland. Football is extremely popular in Estonia and the Estonian league system consists of 12 leagues over 5 tiers of football, with 146 teams competing.

Unlike some of the other confederations of world football, who don’t have too many members, such as CONMEBOL or the OFC (Oceania Football Confederation), who have relatively small numbers of members, it is difficult to play all of the other UEFA members due to the sheer number of different countries you have to have played, with UEFA currently comprising a whopping 53 members.

Playing every other UEFA nation was made harder following the large expansion of UEFA in the early 1990’s, which followed the fall of communism and the subsequent breakup of the Soviet Union, Czechoslovakia, and Yugoslavia into individual nations. UEFA has kept expanding ever since, admitting countries such as Kazakhstan in 2002, and Montenegro in 2007, with more countries seeking UEFA membership.

Estonia’s achievement is even more special when you remember that Estonia only regained its independence following the Soviet Union’s collapse in 1990, and were admitted into UEFA in 1992. Estonia played some of the UEFA nations in their first spell as an independent country between 1920 and 1940 before they were swallowed into the USSR, such as Germany.

Estonia owes their impending record to a bit of luck in terms of who they have been drawn against in qualifiers and some organisation by their FA, the EJL, to play the other nations in friendly matches. Estonia have been trying to arrange this friendly with France for a couple of years, after being drawn in the same EURO 2012 qualifying group as Serbia meant that they only had France left to play, just so they will be the first team to complete the set of European opponents.

Estonia got off to a bit of a rough start upon their readmission into UEFA. They at one point went three years without a win between 1993 and 1996. The team achieved infamy when they failed to turn up to a home game against Scotland in protest at FIFA’s decision to move the kickoff time, due to Scotland complaining about the brightness of the floodlights, a decision that was only taken the morning of the game.

Estonian football is on the rise following the national team’s excellent performance in the EURO2012 qualifiers, where they made the playoff, losing to Ireland over two legs. Estonia currently are ranked 54 in the world, which puts them ahead of EURO 2012 co-hosts Poland, as well as many other nations who have recently qualified for major tournaments. Earlier this year, Estonia achieved their highest ever world ranking when they managed to crack the top fifty for the first time, achieving a ranking of 47. Considering it was less than four years ago Estonia had their lowest ever ranking of 137, this is quite an achievement.