Goal-Line technology: What does it really mean for football?
Skip to content 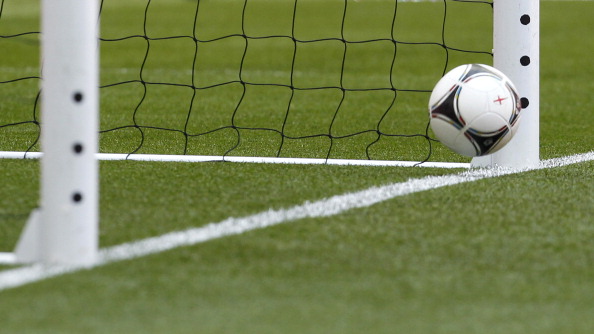 A couple of days ago, it was announced by FIFA that goal-line technology systems Hawk-Eye and GoalRef were going to start being installed around the world. After what has felt like endless cries for its inclusion in the sport, goal-line technology is finally becoming a reality. However, I believe this will herald a new era which will ruin the game.

Imagine the following situation: It is the final minute of normal time in the world cup final between England and Germany and the score is 1-1. Desperate to get the winner, Germany have piled forward a few too many men. A shot is taken which hits the woodwork, bounces on the line and is then cleared away by a defender. German players are beginning to celebrate, arms in the air while looking at the referee then the lines-man. The ref waves play on. Meanwhile, the clearance has sparked an England counter-attack, a three-on-two situation. Suddenly, the whistle goes. The referee looks over to the 5th official and waits for a verdict on the incident. All momentum has been lost and the fast flowing and potentially dangerous attack is killed off.

Some will argue that that is the right way to approach the game, that each incident should be viewed fairly. Then what about every tackle, corner, or handball that is wrongly given? Where does it end? My favorite thing about the game is the drama, the controversy. The fact that human error can determine a game, as it is part of the sport that has developed and grown over the last hundred years.

In addition, not every stadium in the world can afford cameras and extra staff to monitor or control such systems. We live in a world where only the teams at the top possess any money whilst the rest have to feed off scraps. Should the lower leagues be left out of the ‘revolution’? The gulf in class, finances, and credibility between the top and bottom will surely widen.

Do they even want such systems in place? Or should the real sport – which has now grown to be the most popular in the world – keep going as it has done throughout its life so far?Football has already changed so much; consider the multimillion-pound sponsorship deals, the fancy boots and the debate over whether it is still a contact sport. It is drifting away from the reasons it caught our eye as youngsters and now finds itself on a collision course with the likes of the NFL and MLB. It will end up being characterized by fat-cats sitting around large conference tables, eating caviar and making decisions regarding what should be the people’s game.

I am slightly exaggerating but this is not too far away from the truth. At this rate, the game will no longer be recognizable from the sport that was played when England last won the world cup, or when the Busby Babes tragically lost their lives, or when Liverpool were the dominate force throughout the seventies and eighties. I feel that the inclusion of technology will take football away from what it truly is and what it should be.

Mon May 10 , 2021
FA Cup Third Round Predictions January 4, 2013 by Gabriel Sutton Brighton v Newcastle I can really see an odds upset here. Brighton have had longer to prepare for this and are off the back of a 3-0 win at Ipswich, whereas Newcastle may have hard time against Everton on Wednesday […]