The Premier League Season So Far: Part One
Skip to content

Liverpool: Philosopher Brendan Rodgers has had a mixed time at Liverpool this season, with the team struggling at times to adapt to his preferred style of play. Things certainly were not helped when he was conspicuous by his absence for a crunch match with Manchester United, as it coincided with the launch of his book ‘Hoof It: Why Long Ball Works.’ Rodgers was then absent for three subsequent matches to fulfil promotional duties for the best-seller. Kopites will be hoping for an improvement from The Reds in the second half of the season, but it seems unlikely after news emerged recently that Rodgers has a further two publications in the pipeline: an erotic football novel ‘Fifty Shades of Joe Allen’, and sci-fi thriller ‘Suso.’

QPR: The West London outfit have had similar distractions to Liverpool this season, with manager Mark Hughes’ impressive solo album causing an unnecessary distraction to on the field matters. Despite critical and commercial success, Hughes’ folk-rock album ‘Sparky’ failed to impress QPR owner Tony Fernandes, firing his manager after he failed to turn up to any of their first fifteen league games, thanks to touring duties. Wheeler-and-dealer ‘Arry Redknapp will be looking for some bargains in the January transfer window to try and steer the Rs clear of relegation.

Stoke City: The Potters have had a very solid season so far, playing their usual unique brand of attacking football. It is in no small part thanks to Tony Pulis, the cultured coach who has revealed Stoke’s key to success this season: introducing the players to fine art and literature.
“Ryan Shawcross in particular has taken a great shine to the works of Chaucer and Shakespeare” beamed Pulis. “Every week we attend a spoken word night at a quaint pub in the countryside- the lads love it.” The only member of the squad not to benefit from this Stoke-on-Trent Renaissance is unruly winger Jermaine Pennant, who was reportedly farmed out on loan to Wolverhampton Wanderers for insisting that the teachings of Aristotle are ‘dumb.’ 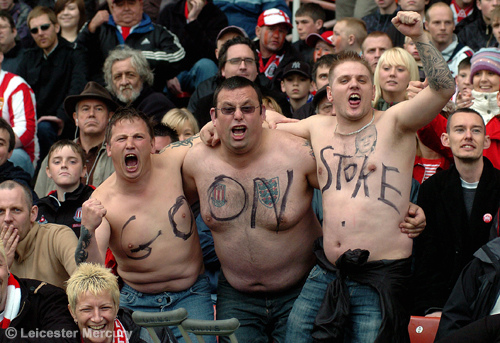 West Ham United: Although the Hammers have generally impressed so far on their return to the top-flight, Sam Allardyce’s insistence on a certain style of play is causing headaches throughout Upton Park. Supporters of the club were perhaps a little overzealous in lending their support to the team in a home match against Arsenal in September, when they joined in with the aerial barrage on Arsenal’s goal by launching all of their possessions in the vague direction of Andy Carroll. The big #9 was left unconscious for ten minutes after heading one too many mobile phones, whilst Kevin Nolan fed off so many scraps he was struck down with food poisoning from a particularly nasty Chicken and Balti pie.

Sunderland: Disciplinary problems have plagued the north-east club in recent months, with serial offender Lee Cattermole currently out on bail after causing injury in a full-blooded challenge, whilst out shopping with his family. An unnamed man was left with a shattered shinbone after Cattermole reportedly spotted a loose ball in Sunderland city centre. Meanwhile Steven Fletcher is in similarly hot water after developing a fondness for robbing the pick ‘n’ mix section of his local newsagents on several occasions.

Tue Mar 30 , 2021
Sergio Busquets’ promotion to the Barca first team must be one of the fastest career ascents in Barca history. In 2005, the youngster joined Barca’s Juvenil A team, and became part of Barca’s world renouned La Masia youth system. Who would have known that by 2008 the big man from Sabadell, Catalunya would be […]