Good But Not Good Enough: Why Paris-Saint Germain Still Lacks What It Takes to Win the Champions League
Skip to content

They are the team that almost always glitters brightest in Paris, a team befitting the city’s nickname “la Ville Lumiere.”

They have no worlds left to conquer inside their country’s walls, having placed a stranglehold on Ligue 1 shortly after Qatar Sports Investments became the club’s only shareholder in 2012. The cupboard is stocked full of Ligue 1 trophies, Coupe de France trophies and Coupe de League trophies, with a few Trophée des Champions thrown in for good measure.

The only thing left for Paris-Saint Germain to attain is success on an international level. And that means winning the Champions League. In some respects, QSI has been locked in an arms race with Manchester City, who are also run by a powerful financial arm with Middle East origins in the form of Sheikh Mansour.

Yet for all the money team president Nasser Al-Khelaifi has been willing to spend (and wow has he spent it) and all their domestic dominance, it still hasn’t translated to success at this elite level five years on. PSG have been eliminated in the quarterfinals of the Champions League each of the last four years, and their exit at the hands of City last season — to mark the English side’s first Champions League semifinals appearance — probably stung a little more than previous years given City’s wildly inconsistent play.

But what makes this cycle any different than the previous one? What hope is there that PSG will finally win the one trophy they’ve yet to lay their hands on? It is the one thing Marseille can hold over their bitter “Le Classique” archrivals, their 1993 European Cup title that continues to be the only one won by a French side.

Here is the dirty secret that lurks beneath “The City of Lights,” the dark whispers that flow through the city like its famous sewers:

There is no hope to end the drought this year. In fact, getting back to the quarterfinals may be too much an ask. And by the end of this cycle, whenever Al-Khelaifi deems, the spot PSG have cleared for a Champions League trophy in their case will still be unfilled. And here’s why: 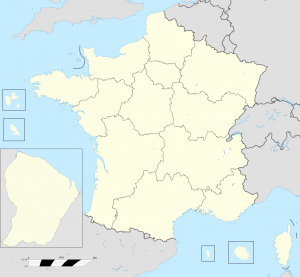 Heading into 2016-17, PSG have finished no worse than second in the five seasons since QSI took ownership for the 2011-12 season. And their runners-up finish in 2012 was by a mere three points. They have put up a staggering cumulative record in that span with 134 wins, 44 draws and only 20 losses following Saturday’s win over Bordeaux. Last season was their finest yet as they won Ligue 1 by an astounding 31 points, racked up a plus-83 goal differential — no other team scored more than 67 goals — and conceded a miserly 19.

The races in the previous three seasons were somewhat closer, but with margins of eight, nine and 12 points, there was never a point PSG were made uncomfortable. And that’s a problem because the dynamic of urgency is lacking on a week-to-week basis. Yes, those two matches against Marseille are always good to get the blood pumping, and to that end PSG have taken care of business with an 8-1-1 mark and nine-match unbeaten streak in Le Classique since QSI took over.

But what can a team possibly take from the umpteenth beat down it administers aside from resting players? During their four-season domestic reign of terror atop Ligue 1 heading into this season, 21 of PSG’s 106 victories have been by four goals or more, highlighted by a 9-0 demolition at Troyes on March 13– that’s a score line more befitting a match played at amateur level on Xbox than an actual grass pitch.

PSG had 30 wins last season — no other team had more than 19. Only six other teams have won 20 matches in a season over the last five Ligue 1 campaigns, and Monaco are the only team to do so in back-to-back seasons (2014-15 and 2015-16). In fact, les Rouges et Blancs threw down an early marker by beating PSG 3-1 on Aug. 28, and could be the long-awaited foil PSG need to keep their focus domestically between Champions League matches.

In defense of Al-Khelaifi, this is an area where PSG have shown improvement in recent years, especially when you look back to their first summer, when no transfer fee was too exorbitant in starting the overhaul. I’m looking at you, Javier Pastore, and your €42 million that has resulted in just 22 goals and 38 assists in 169 matches the last four-plus seasons after totaling 16 and 8, respectively, in 43 contests in 2011-12.

The outlay of approximately €625 million in transfer fees if all the published and reported amounts are true is a staggering sum of money for a team that has yet to reap any dividends in the form of European titles. And while they’ve recouped some of those transfer fees — cases in point, they got €14 million this season from Crystal Palace for Yohan Cabaye after signing him for €19 from Newcastle United in 2013-14 and were able to offload David Luiz back to Chelsea in August for almost €35 million after spending €62 million before the 2014-15 season — there is always a sense of more misses than hits when it comes to Al-Khelaifi’s signings.

This season’s transfer class has been a mixed bag through PSG’s first eight league matches. They spent a combined €50 million on Polish midfielder Grzegorz Krychowiak and Spanish forward Jese, but both have struggled to find a consistent place in Unai Emery’s starting XI.

PSG signed Argentine midfielder Giovani Lo Celso for a €15 million transfer fee only to loan him back to his South American team Rosario Central. Thomas Meunier, a starter for Belgium at the European Championships, is only now emerging as a full-time starter but has logged only six minutes of Champions League play. Having depth is one thing, but there’s a lack of chemistry and consistency at the moment as they find their way under new coach Unai Emery.

While it’s becoming more the norm at elite-level clubs that a three-year window is now the maximum amount of time given to a manager to expand that domestic success to a continental level, there still is a matter of learning a new coach’s ways.

That Al-Khelaifi fired Blanc four months after extending his contract to 2018 marks a difference in opinion in whether this team plateaued or could reach higher. Al-Khelaifi obviously thought the latter, but Emery has yet to show he can do anything in the knockout stages of the Champions League, falling to Schalke in the round of 16 in 2011.

Yes, he has three consecutive Europa League titles to his credit, but he started in that second-tier competition twice and was dumped down there last year after winning just two of six matches in Champions League group play with Sevilla.

Some of those growing pains have shown as PSG are provisionally second in Ligue 1 following Saturday’s 2-0 win over Bordeaux. In all likelihood, PSG will improve as the season progresses, but a weak Champions League group will hide their blemishes and likely leave them vulnerable for a round of 16 exit if they cannot overtake Arsenal for Group A honours.

There is no arguing the polarising nature of Zlatan Ibrahimovic – you loved him if he was on your team, you loathed him as an opponent. But he also delivered in every facet of the match and was willing to do whatever it takes to win in terms of his on-field nous and play — he demanded that responsibility. When Ibrahimovic was injured in the 2014-15 season, Edinson Cavani showed himself a capable goal-scorer with a team-high 31 and followed that up last season with 25, but it’s his show now.

And the Uruguay international has responded well to being back in the middle of the attack with 11 goals in nine matches across all competitions thus far, including three in helping PSG claim four points through their first two Champions League matches. His Champions League strike rate is stellar with 20 goals in 38 lifetime matches, but a deeper dig reveals the 29-year-old Cavani has scored just three times in 13 knockout-round contests, and all three have come at home. By comparison, Ibrahimovic scored 20 times in 33 Champions League contests for PSG, including six in 13 knockout matches. What is surprising, though, is that only one of those six came on the road.

Cavani’s two goals at Ludogorets on Wednesday ended an eight-match drought without a goal on the road in Champions League play dating back to 2014, and more of that is going to be needed if PSG are going to return to the quarterfinals for a fifth successive year.

Some teams can just get into your head and stay there. For example, after losing to Chelsea on away goals in the 2014 Champions League quarterfinals as a group stage winner, PSG advanced at the Premier League team’s expense in the round of 16 each of the last two years despite finishing runners-up in their group.

But while they have mastered Chelsea, Barcelona have mastered PSG. In 2013, they were less than 20 minutes from advancing to the semifinals on aggregate before Pedro’s goal gave Barcelona the tiebreaker on away goals. In group play the following season, they had a chance to do the double on the Catalan squad after Ibrahimovic provided an early lead on the quarter-hour at Nou Camp, but Lionel Messi, Neymar and Luis Suarez all scored to help Barca win and eventually top the group.

Last season’s two-legged quarterfinal was barely competitive as Barcelona strolled to a 3-1 win at Parc des Princes and crushed the life out of PSG early in the return encounter as Neymar scored both goals of that 2-0 win in the first 35 minutes. To win the Champions League, you will have to beat an elite team at some point in the knockout stages. Paris-Saint German are probably hoping that elite team will be anyone besides Barcelona.

While it’s true a team like PSG “reloads” more than “rebuilds,” the other truth is that similar-calibre teams seem to do it on the fly better than the French side. Pep Guardiola’s arrival at Manchester City, which doubles as a reunion with his Barcelona front office mates, has accelerated that club’s timetable. Carlo Ancelotti wasn’t going to come back for a second stint, and fell into a perfect spot at Bayern Munich to succeed Guardiola.

And while it’s only autumn, Arsene Wenger and Arsenal have the look of a side finally sick of complacency in simply reaching the knockout round. In addition to Barcelona, fellow Spanish sides Real Madrid and Atletico Madrid again harbour legitimate title aspirations in their vastly different yet efficient methods.

All of this leaves PSG at the top of that second tier of powerful European teams, teams that conceivably could win a Champions League title, but need some luck — whether it be a favoruable draw or opponents’ player availabilities — and a whole lot of self-belief if they are to find themselves in Cardiff come next June 3.

Manchester United: A blip, not a crisis

Tue Mar 30 , 2021
One of the more intriguing questions going into this Premier League season was how Manchester United would cope with the managerial change that saw David Moyes replace the venerable Sir Alex Ferguson. When it was announced that Moyes would be the new manager, opinion amongst United fans was divided. Some […]